(This is a story about how from 2011-2018 I hosted the ultimate heavy metal party and survived to tell the tale. Read parts 1 and 2 here and here).


Despite the metal party to end all metal parties in 2016, my house was not destroyed, my neighbors did not unite to force the sale of my home, and so the metal party would return in 2017. As always it was a blast. We upped the costuming. I went with Gene Simmons face paint and an Iron Maiden T-shirt. Others showed up with big hair, leather pants, and denim jackets with back patches. We sang karaoke. Late night featured a bucket of ice cold Zima, that semi-nasty clear malted beverage which made a reappearance after disappearing from the shelves for more than a decade (after drinking one, I quickly came to the realization that it was probably better off staying retired). I suppose I didn’t need those Fireball shots at the bar but we did them anyway. KISS or Fiction made another appearance.

Later we voted on which videos had the hottest chick: “Kiss me Deadly” with Lita Ford, a recut version of Cinderella’s “Shake Me” featuring a gorgeous stripper, or “Here I Go Again” with Tawny Kitaen (if I recall, the latter won). We also cast our votes for worst heavy metal video ever, with Manowar’s “Gloves of Steel,” Thor’s “Anger is my Middle Name”, and King Kobra’s “Iron Eagle (Never Say Die)” competing for the dubious title. Thor was a runaway winner, for the record this video is bad beyond belief and I don’t recommend subjecting yourself to it, unless you’ve imbibed 6-8 Zimas to numb the pain.

But despite the fun I couldn’t help but compare the party to the year prior, when we had nearly blown the roof off the house with a live band. In hindsight it seemed rather anticlimactic.

They responded, Screaming for Vengeance.

A review of Tom Shippey’s Laughing Shall I Die: Lives and Deaths of the Great Vikings

As a Professor Emeritus of Saint Louis University, Tom Shippey understands the current trends shaping historical research, far more than I. For example, I did not know that historians have been re-interpreting the record to paint Vikings as well, less Viking-y. Less savage, more tame. Less raid-y, more farmer-y and trade-y. Many of the corny old myths surrounding Vikings—horned helmets and drinking wine from skulls of their enemies and the like—have rightfully been reframed as romantic sentiment rather than historical reality, but I didn’t realize the extent to which this re-evaluation of the Viking character was working overtime in the halls of academia.

Laughing Shall I Die: Lives and Deaths of the Great Vikings (2018, Reaktion Books) is Shippey’s semi-bombastic rebuttal to the revisionists and whitewashers. It’s not that Vikings weren’t also great traders, or slowly shifted from raiders and slave-takers to land-owners and eventually settlers, but Saga literature and even the archeological record paints a picture of savagery and warrior ethos that can’t be so easily explained away.

“Academics have laboured to create a comfort-zone in which Vikings can be massaged into respectability,” Shippey writes. “But the Vikings and the Viking mindset deserve respect and understanding in their own terms—while no one benefits from staying inside their comfort zone, not even academics. This book accordingly offers a guiding hand into a somewhat, but in the end not-so-very, alien world. Disturbing though it may be.”

Shippey lays out these uncomfortable facts in entertaining style in Laughing Shall I Die. This book takes a close look at the old Norse poems and sagas, and uses them to create a psychological portrait of the Viking mindset. But it also goes a step further: It interprets the findings from archeology and recent excavations to lend these literary interpretations tangible and physical reinforcement. For example, Shippey describes the discovery of two recent Viking Age mass graves in England, one on the grounds of St. John’s College, Oxford, the other on the Dorset Ridgeway. Both were organized mass executions, the latter the single largest context of multiple decapitations from the period. Fearsome stuff.

Murph's 6th annual Metal Party is back, and this one goes to 11! The can't-miss metal event of year will feature the live music of The Priest, New England's premier Judas Priest tribute band. Wear your faded concert t-shirts and denim jackets and strap your leather cod pieces on tight. Prepare for yet another round of "classick" metal trivia, bad late night videos, and oft-told, slightly exaggerated stories of metal concerts from decades past. Metal rules, my friends, so "head out to the highway" to celebrate.

Food, some booze, and locale provided, but bring your own favorite drinks and apps or desserts welcomed. Hat will be passed around to defray some costs of band.

I knew I was in trouble when Tom, aka, KK Downing, pulled into my driveway with a minivan LOADED with equipment. I mean, this thing was jammed floor to ceiling with amplifiers, sound board, wires, guitars, god knows what.

“Holy shit, you guys brought a lot of equipment,” I said, bug-eyed as I stared at the pile of noise generating electronics that would soon be making its way into my living room.

“Oh no, that’s just mine,” Tom replied. His face was utterly dead pan and humorless. 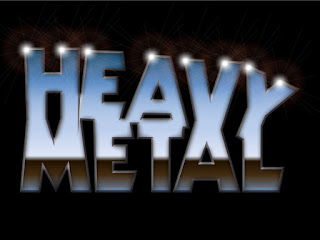 For five years, from 2011-2015, I hosted an annual heavy metal themed party. And had a blast. Ultimately it grew into something much more. Here’s the story…

It started out modest, a gathering of 8-9 buddies. My wife and daughters were out of state visiting my sister-in-law, a girls’ weekend. To celebrate my short-term bachelorhood I decided what I needed was a guy’s weekend, a gathering to drink beer and listen to heavy metal with some dudes. No more no less. We’ve all been there.

That first year we drank too much beer and ate ribs off the smoker. My old man did the cooking and stuck around for a few cold ones. I threw a few bags of chips on the table. We may or may not have ended up at a gentlemen’s club late night. No different than your average guy’s hangout. If there was one underlying commonality an outsider to the gathering might have noticed, it was the soundtrack and the garb: We listened exclusively to heavy metal, and many of us were wearing metal t-shirts.

A theme began to coalesce.

I think it was my friend Scott who eventually dubbed the gathering “the metal party” because of the music, the general crude nature of the affair, and the scarcity of women (metal concerts are largely sausage fests). The name stuck, and an informal guy’s hangout became something more.

I've got a hell of a story to tell that I'm working on for the blog. Will be a few more days. Stay tuned. 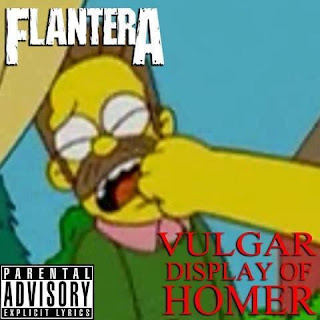 Posted by Brian Murphy at 7:32 PM No comments:

Word spread on Facebook last night that Charles Saunders, author of Imaro, has passed away. It is being reported he died in May. Odd that an obituary search turns up empty.

Let's hope it may be a rumor, but it does not appear that way. Author Milton Davis, who continued in Saunders' "Sword-and-Soul" tradition, broke the news, and many authors, friends, and peers have chimed in since.

Imaro and its subsequent volumes deserves a longer post than I have time for at the moment, but I consider these terrific works of sword-and-sorcery. If not at the level of Howard/Leiber/Moorcock/Anderson, they rank up there with Henry Kuttner, Karl Edward Wagner, David Drake, and many other fine authors.

I regret not contacting Saunders when I had the chance to let him know how much I enjoyed his work. Nyumbani, Saunders' fantastic parallel of Africa, is a rich and sharply realized setting worth exploring, and Imaro is a memorable character with a dark past whose relentless search turned inward, far more than most sword-and-sorcery heroes. As a black author working in a largely white field, Saunders was a pioneer and penned many thoughtful essays on his complex relationship with fantasy fiction and sword-and-sorcery ("Die Black Dog!" is worth seeking out). His stuff absolutely deserves a bigger following. The late Steve Tompkins of The Cimmerian website was one of Saunders' biggest champions and found a rich, mythic layer to the Imaro cycle.