On the passing of classic D&D artist Jim Holloway

A big name in fantasy role-playing/Dungeons and Dragons art passed away yesterday—Jim Holloway.

Jim was not my favorite D&D artist of all time—I might have to go with Bill Willingham or Erol Otus—but he was one of the 5-6 most iconic and prolific of the silver or “commercial” age of TSR, circa 1981 and on.

It’s hard to pick my favorite Holloway illustration but I might have to go with the cover for I3, Pharaoh (1982). It’s not typical of Holloway’s work—there isn’t the glorious confusion of twisted faces and tangled bodies fighting on some underground battlefield or tavern floor, or any hint of the humor that defined so much of his illustration for the likes of Dragon magazine. But there is in it a deep call to adventure, a mystery and a majesty in the figure of Amun-Re that caused me to play this module over and over in my youth, along with the rest of the Desert of Desolation series.

It’s hard to overestimate the importance and impact of fantasy art in the 1970s-80s. In this pre-internet era, when computer games were fun and beginning to get immersive but limited by crude green-screen graphics, artists like Jim Holloway were gateways to wonder. They provided the visual representation of the words of Gary Gygax, Tom Moldvay, Frank Mentzer, David Cook, Tracy and Laura Hickman, and others. Holloway’s detailed style was such that you could look at one of his illustrations and conceive an entire adventure around it, or at least a pivotal boss-battle. His artwork was, as this nice post on Black Gate demonstrates, how D&D was actually played at the game table—with laughs, and fumbles, and great ideas like tripping stone giants with a 50 foot rope. The look of characters whose players used charisma as a “dump stat”—mighty of frame but with buck teeth and bad breath.

This old school era of weirdness and unbridled creativity is slipping into the past, day by day. Gary Gygax, Dave Arneson, Tom Moldvay, David Trampier, David Sutherland III, and others, have all passed away. Add Holloway to that roll call of heroes of the imagination. RIP.
Posted by Brian Murphy at 7:39 AM No comments:

Email ThisBlogThis!Share to TwitterShare to FacebookShare to Pinterest
Labels: Dungeons and Dragons

Some interesting happenings and ramblings...

Another podcast appearance. This coming Sunday, July 5, I'll be recording an episode of the Appendix N Book Club Podcast. The topic of the show is the Andrew J. Offutt-edited Swords Against Darkness (vol. 1). This follows hard on the heels of my appearance on the Literary Wonder & Adventure podcast. Apparently if you want to get on a show, the best way to do it is to write a book. I am a subscriber and fan of the Appendix N podcast, which as its name indicates is about the literary inspirations for Dungeons and Dragons. I'm re-reading Swords Against Darkness for the occasion and am finding it as awesome as the last time I read it, at least through the first two stories. Not that I needed a reminder but Poul Anderson's "The Tale of Hauk" is one of the better sword-and-sorcery tales ever written. And the incomplete REH tale "Nekht Semerkeht," finished by Offutt, was better than I remembered.

A worthwhile post about fantasy art over on Black Gate. Head on over to read Robert Zoltan's "The Importance of Good Fantasy Art." This is a nice piece, well-written, and with lots of great accompanying art that aptly demonstrates Zoltan's thesis. I know I've picked up more than one sword-and-sorcery/pulp fantasy paperback based on cover art alone. Zoltan stirs things up a bit by referencing the age-old debate about why Robert E. Howard's paperbacks sold so well in the 1960s: Was it Howard's meteoric writing talent, or Frank Frazetta's genius? Or both?

Speaking of Flame and Crimson, I recently received a couple of very nice five-star reviews, one each on Amazon and Goodreads. I loved this bit from the Amazon review, which speaks well of my writing style, but perhaps not so much of skill as a researcher: He is not an academic so we are spared the typical turgid prose that comes from University presses. Highly recommended. The Goodreads review contains my favorite blurb to date: I enjoyed, very much, the chapter on the influence of S&S on Heavy Metal music. If Mr Murphy wrote another book about that subject, I would pre-order it! I'm thrilled, beyond belief, that this book seems to be well-received, and that I've been able to provide folks with some entertaining reading hours. If you read and enjoyed Flame and Crimson but have not yet left a review on Amazon or elsewhere, please do take a moment to do so. Apparently more reviews helps with search rankings and the likes, and they bring a smile to my face.

This podcast thing is going to happen (eventually). I don't have a start date in mind, or a title, and still I need to figure out how I'm going to pull it off from a platform/technical perspective. But besides those not-inconsiderable obstacles, I'm going to give this podcast hosting-thing a try.

I loaned a friend of mine, age 49, the first two Fafhrd and the Gray Mouser paperbacks. Despite having read no sword-and-sorcery in his lifetime and having no real interest in the subject this guy actually plowed through Flame and Crimson, merely because he's a good friend of mine and wanted to be able to talk and ask questions about this project that consumed most of my free time over the past 5 years. The section on Leiber interested him enough to prompt him to ask me if he could borrow my old copies, so I loaned him Swords and Deviltry and Swords Against Death. I post this here not to brag, nor (just) as a reminder that he has them on loan, but to note that I am very curious to see how someone approaching F&GM and sword-and-sorcery for the first time, later in life, enjoys the stories. I almost pushed him away from Leiber and in the direction of Howard and the likes of "The Tower of the Elephant" but opted not to. I'll report back here with his impressions once I get some feedback.
Posted by Brian Murphy at 5:27 PM 5 comments:

Email ThisBlogThis!Share to TwitterShare to FacebookShare to Pinterest
Labels: News

To podcast, or not to podcast? 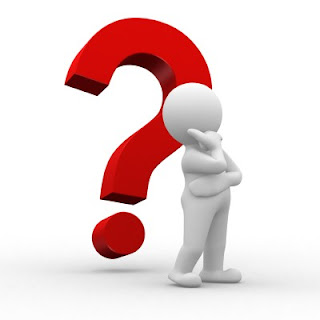 I'm giving some serious thought to starting up a podcast. I think the world could use a regular show on my favorite subgenre of fantasy--sword-and-sorcery--its practitioners, and the weirdness that surrounds it.

However, I have some reservations. One is time. Another is whether anyone would listen. The third and largest is that I don't think I'm a particularly interesting person or a compelling speaker. My forte' is the written word. I'm a middle-age dad and way, way out of touch with current popular culture. I don't watch TV and the last time I may have been vaguely cool was 1992.

That said, I'm slowly formulating a plan for an interview-style show, where I would host various authors, designers, artists, and personalities to talk about themselves and their work. I think I would focus on S&S/heroic fantasy, but stray into horror, heavy metal, movies, possibly comics.

I'd love to get some input on this, yay or nay. If someone has run a podcast and could offer any encouraging words of wisdom, pitfalls to avoid, run screaming in the other direction-type advice, etc., that would be particularly helpful. Hit me up here or over e-mail.
Posted by Brian Murphy at 7:31 PM 7 comments:

Email ThisBlogThis!Share to TwitterShare to FacebookShare to Pinterest
Labels: Biographical

The History of Sword and Sorcery: A Conversation with Author Brian Murphy (that is me) is now available for listening on the Literary Wonder & Adventure Show podcast. Check it out here. It's also up on Youtube.

I'm a bit nervous to listen myself as I'm no sword-and-sorcery hero, and have always been far more comfortable working in the written word rather than the spoken. But I hope I had some interesting things to say Again, I thank host Robert Zoltan and his companion Edgar the Raven for the opportunity.

Edit: Just started listening and I'm loving the post-production work. We didn't start the show with crashing, Basil Poledouris-esque intro music playing in our earphones.
Posted by Brian Murphy at 5:51 AM 6 comments:

Some commentary on Lin Carter

Yesterday would have been the 90th birthday of the late Lin Carter (1930-1988). I took the opportunity with the prompting of the gents over at DMR publishing to write an essay commemorating the occasion. The angle I chose was his contributions as a pioneering historian of fantasy.

I don't agree with everything Carter had to say about sword-and-sorcery, and get into a few of them at DMR. Check it out here if you're interested. But I also think Carter deserves praise for his work as essentially the first person to offer a coherent history of fantasy with his Imaginary Worlds (1973), published during his tenure as editor of the great Ballantine Adult Fantasy Series. The dude loved fantasy and told a cohesive story about how it came to be, and some of the itches it scratches in our collective humanity.

One of these days I'll have to do some more exploration of my thoughts on pastiche fiction. It's complicated. But some days you just want to read some Thongor.
Posted by Brian Murphy at 7:45 AM 1 comment: