If you didn’t make it out to Cross Plains Texas for Robert E. Howard Days this past June (I didn’t, and have not yet made the trip, though it is on my bucket list), despair not: You can experience the panels, vicariously, through the magic of Youtube. Videographer Ben Friberg filmed several of the panels and generously posted them for up for public consumption. They’re all incredibly interesting and fun, if you like this sort of thing. Here’s a quick list of links.

To read the rest of this post, visit The Black Gate website.
Posted by Brian Murphy at 10:01 PM 4 comments:

Some thoughts on the purpose of fantasy fiction

The author of another blog I discovered recently, Everything is Nice, recently chose to describe a quote by George R.R. Martin as representative of everything wrong with commercial fantasy fiction. I happen to like the quote quite a bit (you can find Martin reading it aloud in its entirety here), and asked why he felt that way.

Martin (who happens to be the author of the blog, not the actual George RR Martin) responded that:

It plays into the artificial and embarrassing Us versus Them divide that is sadly all too common within the genre community. Beyond the stupidity of jamming his thumb on the scales and simply assigning high status words to the thing Martin likes, however, is the amusing contradiction that those high status words have to come from reality. As Sam says, you certainly couldn't get a bloody steak in reality, could you? At the most basic level, if Martin can't write movingly or beautifully about the strip malls of Burbank (and I'm certainly prepared to believe he can't) then he has no business writing anything. He is basically saying he has no eye, no ear, no empathy. And that is why it is speaks to the problem of commercial fantasy in general.

To which I replied:

I understand what you mean, Martin. Fantasy can certainly be applicable to reality, as Tolkien once wrote. But I guess I would differ with you that Martin’s quote represents everything wrong with commercial fantasy.

What if the “them” in your “us vs. them” comparison is our world, not some particular piece of it? Martin is creating through his imagination another world that never was and never could be, but I would argue that this exercise is nevertheless of worth as it demonstrates our ability as humans to dream and to create. Imagination is something we as humans do, and its fruits (even the otherworldly ones) are thus part of the “real” human condition.

Do you think there is ever a place for other worlds, or must all fiction, even heroic fantasy, engage with our own world? Much of reality does suck, unfortunately; are we ever allowed even brief escape in the pages of a book?

I think Martin’s quote highlights something fantasy can do and strives to do, even if much of it is pedestrian and falls short in the attempt.

Just as a sidenote, I think it’s rather ironic that Martin of all fantasy writers would have chosen this quote, given that by far and away his most popular creation, A Song of Ice and Fire, is quite grim and dark and shares much more common with gritty historical reality (the bloody War of the Roses) than fantasy.

I'm hoping that there will be more debate to come, but what do you think? What function does fantasy serve,  if it isn't set in or applicable to our own world?
Posted by Brian Murphy at 8:38 PM 8 comments:

Email ThisBlogThis!Share to TwitterShare to FacebookShare to Pinterest
Labels: Biographical, Thoughts on fantasy 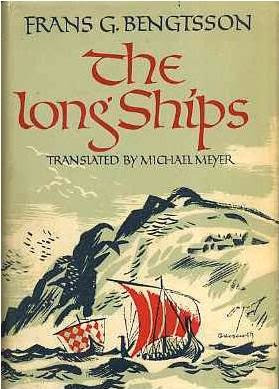 Brick and mortar bookstores are as rare as hen’s teeth these days, it seems, and that’s a shame. I enjoy the instantaneous convenience and enormous selection of Amazon and Abebooks, but there’s something about musty old bookstores that online shopping cannot replace. The tactile sensation of picking up books, the joy of utterly unexpected finds, and the atmosphere of a shop devoted to reading and book-selling, are experiences that online delivery mechanisms cannot replicate.

Yesterday I found a wonderful bookstore that reminded me of the unique advantages and pleasures of the real over the virtual: Mansfield’s Books and More in Tilton, New Hampshire. Tilton is a town I had driven through numerous times without a cause to stop, outside of filling a gas tank and the like. But yesterday while playing chauffer on a back-to-school shopping trip with my wife and kids I caught a glimpse of a storefront window in Tilton center that I had previously overlooked. In a brief glance I took in a display of hardcover books in the front window and a few cartons of paperbacks placed outside with a sign indicating a sidewalk sale. My attention piqued, I managed to free myself from the clutches of clothes and shoe shopping with little difficulty and quickly backtracked to Mansfield’s.

Mansfield’s occupies what appears to be a former office building. The main room has a fireplace in one wall with a few overstuffed chairs. A narrow hallway at the back opens up on left and right to six rooms that were presumably individual offices at one time. Most of these smaller rooms were still hung with old, ornate doors with frosted glass panes and other such details, though one clearly served as a small kitchen at one point, complete with a sink. Each room—the main room in the front and the half-dozen at the back—was overflowing, floor to ceiling, with used books, as well as a scattering of other items (the “More” refers to some old movie posters, knickknacks, and used DVDs and CDs).

To read the rest of this post, visit the Black Gate website.
Posted by Brian Murphy at 2:47 PM 10 comments: Fans of Peter Jackson’s The Lord of the Rings should be thrilled that The Hobbit, originally planned as two feature films, is now slated for three. More Tolkien on screen is a good thing, right?

Surely yes, if what we are getting is indeed more Tolkien. But Jackson’s “bridge” film is not going to be more Tolkien, but more Jackson. And that is not necessarily an encouraging thought.

Due to contractual issues with the Tolkien estate—Jackson is unable to use material from The Silmarillion, The History of Middle-Earth, or Unfinished Tales—this “bridge” film will come from the appendices of The Lord of the Rings. Wrote Jackson on his Facebook page:

“We know how much of the story of Bilbo Baggins, the Wizard Gandalf, the Dwarves of Erebor, the rise of the Necromancer, and the Battle of Dol Guldur will remain untold if we do not take this chance. The richness of the story of The Hobbit, as well as some of the related material in the appendices of The Lord of the Rings, allows us to tell the full story of the adventures of Bilbo Baggins and the part he played in the sometimes dangerous, but at all times exciting, history of Middle-earth.”


The appendices are certainly a mine of information, but the stories they tell are scattered, patchy in places, and not written as straightforward narrative. To bridge the events of The Hobbit to The Lord of the Rings in a film that neatly connects a series of disparate dots, Jackson must fill in gaps, construct dialogue from scratch, and so on. And that could spell trouble.

To read the rest of this post, visit The Black Gate website.
Posted by Brian Murphy at 9:19 PM 10 comments: