Heavy metal and the frauds that abandoned it 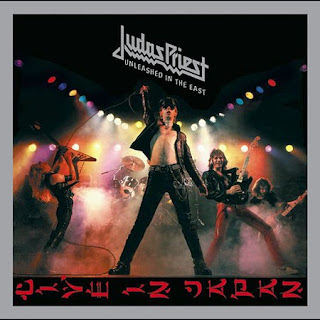 Heavy metal as I see it: An irregular series about the highest form of music known to man.

Today marks the start of a semi-regular series of posts I plan to write about heavy metal, the greatest genre of music ever recorded (in my opinion, of course, and my opinion may well be flawed and for crap). I've chosen to call this first entry "Heavy metal and the frauds that abandoned it" because there's something I've wanted to get off my chest for a long, long time--circa 1992 or so, I'd say. (Note that from here on out, this is the "angry me" talking.)
Here it is: Grunge sucks, it always has sucked, and it always will suck. It's a fraudulent genre of music, from Pearl Jam and Nirvana and Alice in Chains all the way down. In hindsight, it and its spawn will be remembered, if at all, as a very tiny, very lousy asterisk in music history, a nadir of creativity, right down in the cellar with other fads like disco and breakdance music.
There, I said it.
Why am I so pissed off about grunge? Need you ask? Well, its not for the reason you might think.
As everyone knows by now, Nirvana's Nevermind, released in September of 1991, basically sounded the death knell for metal (or, at least metal as a mainstream form of music). Nirvana and the grunge scene stuck a lancet into metal's bloated rear-end, and more specifically, the careers of a host of phony "hair metal" bands (Poison, Warrant, Winger, etc.). These hair bands grew fat, making money like blood-sucking parasites off of the careers of legit, talented metal bands (e.g., Black Sabbath, Iron Maiden, Judas Priest, Slayer, etc.), while serving to undermine metal as a legitimate form of music. But I'll save that rant for another day.
But that's not why I'm pissed. Not really. Metal was getting stale and bloated and frankly, needed a good kick in the pants, and Nirvana provided that boot at a good time.
What I am pissed off at are the legions of "fans" that abandoned heavy metal at this time and chose to throw in their lot with grunge. And from someone who spent four years in college watching this mass exodus up close and personal, believe me, the defection happened. It's not sour grapes talking, it was a real, bullshit phenomenon.
Suddenly, metal fans threw out or hid their Dio tapes in boxes in the attic, pulled down their Iron Maiden tapestries, put away their Metallica t-shirts, and more or less pretended as if the whole metal era had never happened. If they did talk about heavy metal, it was with a sneer and a look down their sanctimonious, hypocritical noses at this lesser form of music they had "outgrown." Metal, suddenly, was for losers.
I now have history and truth on my side to prove how wrongheaded these spineless morons were. But lest anyone still harbors any myths about the "purity" and "honesty" of the grunge movement, let me dispel a few myths for you.
Here's what sucks about grunge: everything. The instrumentation (murky, distorted guitars with no artistry or technical style) was awful, the vocals (whining and/or growling, not singing) forgettable, and the look (baggy, tattered pants, ski caps, and plaid shirts) just plain dumb. Most unforgivably of all, the content of the lyrics (annoying, angst-filled themes of alienation, cynicism, and apathy--grow a pair and shut the fuck up, please), is gratingly awful, the stuff of high-school essays. Really, if I want deep, soul-searching lyrics, I'll pick up a poem by John Keats or T.S. Eliot. These guys on their worst day had more to say than Eddie Vedder ever did.
Basically, the whole grunge phase was a pretentious mess, more so because its adherents and practitioners made ceaseless fun of heavy metal while it was going on--all the while stuffed full of more self-awareness and preening pretension than Poison on its worst day. At least Poison never took itself seriously and admitted it was all about getting laid and drinking.
It's a telling sign that metal existed long before, survived during, and has buried and pissed on the grave of the grunge era. Black Sabbath's self-titled first release, generally regarded as the first metal album, debuted in 1970, decades before grunge. When Kurt Cobain blew his head off and Pearl Jam stopped writing relevant albums (both in 1994), metal was still there, albeit underground. Now bands like Iron Maiden and Judas Priest have re-emerged and continue to tour worldwide and sell albums and fill arenas, while grunge is largely, if not entirely, forgotten (good riddance). The good metal bands had much, much, longer careers, spanning three and four decades in some instances, for a good reason: They're more talented, and that translates into staying power. Grunge has none.
In summary, to the hordes of flannel-wearing jackasses who crowded the bars and dorm rooms in colleges nationwide from roughly 1991 through 1995: How's that working out for you now? I hear that Alice in Chains is playing the local phone booth, and there's plenty of room still available. And to the critic who claimed that Pearl Jam was the next Beatles (I'm not making this up, folks): Not On Their Best Day.
Postscript: I realize that people's tastes change, mature, and grow over their lives. Many people have legitimately moved on from metal. But I also respect people who stick to their guns and don't waver in the wind and latch on to the latest trends for popularity and acceptance's sake. For those fans who stuck with metal through thick and thin, and wave the metal banner proudly even now, I salute you. You are my brothers.
Posted by Brian Murphy at 8:53 PM

In the immortal words of MANOWAR:

Hey, whoever left the Manowar quote: You Rock. Keep on Fighting the World, brother.

The people you knew who hid their Dio and Metallica shirts were douchbags. That some douchbags listened to AIC or PJ or Nirvana doesn’t make them bad bands any more than the fact that some douchbags listen to Maiden or Metallica makes them bad bands. I also think you’re misremembering some stuff. Metallica did very well with the black album at the same time as Grunge was exploding. So it’s not like their good work got ignored. It was properly appreciated both commercially and critically.

Chris Cornell is a great singer. Kim Thayil is an outstanding guitarist. So is Jerry Cantrell. Mike McCready certainly had some chops. Dave Grohl is no slouch musically, either. Cobain was an excellent songwriter. Are you sure you’re not confusing personal preference for quality? You can make the world’s best cheesecake and I still won’t like it. That doesn’t mean I piss on your baking skills.

Hey Shimrod, yes, that post was a highly subjective rant that I had needed to get off my chest for a long time--since 1995, or so. Writing it was like lancing an infected wound. It hurt like hell but man it was good to let it out.

As you've noted a lot of my hatred for grunge stems from the phonies who gravitated to it while simultaneously choosing to eschew metal. I remember visiting high school friends who were metal fans mere months ago, only to find that they had latched onto grunge because it trendy. Mocking metal bands became the cool thing to do. It pissed me off, but I shouldn't let that color my perception of the music.

Still, my firm belief is that, a few good bands and artists aside, grunge was and is, by and large, a crappy genre of music. You've named some good artists and musicians in your list, but when you stack up grunge's best against metal's best, it's not even close. Again, IMO.