The Walking Dead Season 2: Stop and Smell the Dessicated Roses 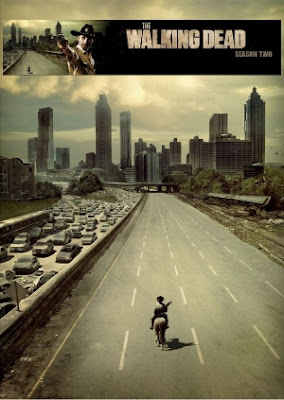 Season 2 of AMC’s The Walking Dead is nearing its midseason point, and apparently it sucks, at least according to a vocal minority of viewers. Why? Too much talking and not enough action. With a name like The Walking Dead, each episode should be wall-to-wall flesh munching zombies and humans gunning down undead with head shots on the wing. Or so the detractors say.

Me? I’ve been enjoying the heck out of the series, and think it’s pretty darned perfect as far as serialized television goes. The Walking Dead isn’t just about zombies. It’s also a human drama, and I’m hooked.

But I guess characterization and engagement with philosophical and moral questions aren’t what the zombie diehards want. Here’s a real sampling of some of the comments I’ve found:

To read the rest of this post, visit The Black Gate website .
Posted by Brian Murphy at 11:13 PM