Farewell to a King 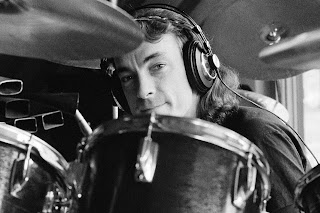 It always hurts, losing a piece of your past. Although you might have never met them, the passing of an artist that formed such a large part of your adolescence can make you feel like you have lost some vital part of yourself.

That’s how I’m feeling today, a day after the news that Neil Peart of RUSH succumbed following a three-year battle with brain cancer. This one hurts.

Growing up I idolized Peart. I climbed on the RUSH train somewhere around Hold your Fire (1987, my freshman year of high school), and remember buying Presto on tape shortly after it came out in late 1989. My introduction to the band were these polished, mature albums from a band at the height of its powers, and so I was both puzzled and delighted when I went back to their early catalog and discovered that they were a rougher, harder rocking, more byzantine band in the 1970. RUSH’s fantasy and sci-fi influences—songs like By-Tor and the Snow Dog, Rivendell, The Necromancer, 2112, Xanadu, and A Farewell to Kings—deeply resonated with me, as I was by then reading everything fantasy related I could get my hands on.

I experienced the same feelings of alienation RUSH captured with the brilliant Subdivisions. I loved their pentagram artwork. In short, loved everything about the band, and I knew (despite the fact that RUSH was deeply uncool with the popular kids) that they were three amazing musicians. But in particular, even though I’m not a musician myself and can’t play a lick on a guitar or read sheet music, I understood that even among these three titans Peart was something special. The guy was a freaking god with the drumsticks. I air drummed along with songs like Distant Early Warning and The Camera Eye and thought to myself, how can a human being do this? I beat the living shit out of the steering wheel of my 1982 Chevy Impala, pretending I was driving a Red Barchetta through the Rockies and hugging the cliffs at high speed. What times.

As I grew older I replaced “idolized” (I really don’t use that word for anyone now) with a deepening level of respect for the man himself, apart from the lighted stage. Peart endured massive tragedies in his life, including the loss of his 19-year-old daughter to a single car accident in 1997. Given that I have a 17-year-old and 14-year-old daughter myself, I don’t know if I could ever bear such a loss. Less than year later his wife passed away from cancer. I NEED to get a copy of Ghost Rider and read about his journey of 14 months on a motorcycle across the United States as he dealt with an unimaginable level of grief. That’s now on 2020 to be read list.

I’m glad he eventually returned to the band. I’ve seen RUSH in concert several times over their career, starting with Presto, twice on Roll on the Bones, Counterparts, and Test for Echo, then for Neil and the band’s return for Vapor Trails, Snakes & Arrows—at least eight times, counting my ticket stubs (possibly with one missing). Everyone in his passing has said it already, but I’ll say it again: You don’t take beer or pee breaks during RUSH’s drum solos. I have many times done so for KISS or Motley Crue, but Peart’s solos were bravura performances, arguably the highlight of the concert.

I am glad I got to see a true artist at the height of his craft. The Professor made my world brighter, and brought magic into my life through not only his playing, but his phenomenal works as a lyricist. As I hopped around Youtube last night listening to some of my favorite RUSH songs, this lyric from “Closer to the Heart” remains as true today as the day it was written: “And the men who hold high places, must be the ones who start, to mold a new reality, closer to the heart.” The men who hold high places and make decisions based on power and money and fear and greed are the source of so many of the world’s problems. We could all use a little more kindness.

Listening to a song like “Mission” makes me think of the brilliant artistry of Robert E. Howard and Frank Frazetta. I came to grips long ago with the fact that I would never be a fiction writer. It was no small source of grief and disappointment, but the lyrics of “Mission” made me realize that such passionate intensity and emotional attachment to art comes with a cost:

We each pay a fabulous price
For our visions of paradise

After hearing the news of Peart’s passing I reached out to some friends via text. We shared a few old RUSH stories and our disbelief that Peart was gone. It made me feel a little closer to humanity. I forged friendships with some of these guys in part out of our common admiration for RUSH, and I’m still friends with them today. That’s pretty cool.

In short, I’m grateful that Peart lived, shared his amazing talents, and made the world more awe-inspiring. Thank you for the music Neil. If there is an afterlife I hope you find deserved rest after a life writing fearless lyrics for a band that never compromised its artistic integrity. Rock on.
Posted by Brian Murphy at 12:08 PM

Brian Murphy
Editor for publishing company by day; skald in the Hall of Fire by night; and member of the S.H.I.E.L.D.W.A.L.L. Author of Flame and Crimson: A History of Sword-and-Sorcery (2020, Pulp Hero Press). Essayist and reviewer for numerous web and print-based fantasy and sword-and-sorcery publications, including The Cimmerian, Black Gate, Mythprint, REH: Two-Gun Raconteur, The Dark Man, DMR Blog, Skelos, and SFFaudio.com.

SFFaudio.com podcasts I've been on