On Stories: Discovering a kindred spirit in C.S. Lewis 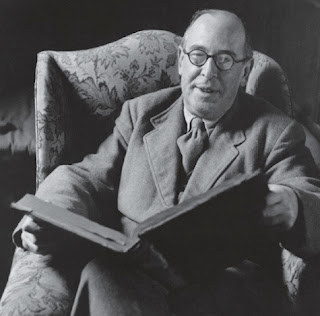 Though he’s best known as the author of the Chronicles of Narnia, C.S. Lewis (1898-1963) was also a prolific essayist and an ardent defender of fantasy literature. In addition to medieval studies (The Allegory of Love) and Christian apologetics (Mere Christianity), Lewis wrote several essays about the enduring appeal of mythopoeic stories, connecting fantasy’s remote, heroic past to its flowering in the early 20th century.

Lewis’ passion and erudition in the mythopoeic comes pouring through in On Stories and Other Essays on Literature, a collection of essays and reviews loosely tied around fantasy literature. Lewis’ overarching theme in On Stories is that the best mythopoeic/romance literature (which includes works like E.R. Eddison’s The Worm Ouroboros, J.R.R. Tolkien’s The Lord of the Rings, and H. Rider Haggard’s She) stacks up with the best mainstream literature, and thus deserves to be not only enjoyed, but studied and preserved (I can sense a lot of nodding heads around here, but keep in mind that Lewis wrote these essays in an age when it was heresy to compare fantasy fiction to “real” lit).

To read the rest of this post, visit the Black Gate website .
Posted by Brian Murphy at 9:12 PM

That was a great post Brian. I couldn't agree more with Lewis's essay on heroic fantasy. Give me the blood and thunder any day over a teacup tragedy of the "respected-real-life" lit.

I know what sings the song of my soul.

Thanks David. Lewis is The Man.

If you liked "On Stories", you might enjoy Lewis' "An Experiment In Criticism", especially Chapters Five and Six, 'On Myth' and 'The Meanings of Fantasy'. Lewis was certainly a pioneer in the literary defence of the genre...and an insightful critic.

I wonder if Homer had to fight off the anti-fantasy critics, too?

Brer: Thanks for the suggestion. I'll have to look that up. I actually enjoyed On Stories more than a recent re-read of the Narnia series.

Eric: The Greeks were obviously much more enlightened than we about their great national treasures.

Even if the readers in Homer's time thought The Iliad and The Odyssey were true stories and thus not escapist fantasy (though I'm not entirely convinced of that), nowadays no one believes that the cyclops or Scylla and Charibdys were real, nor the pantheon of Gods that interfere throughout the action of the Iliad. Yet both works are held in high regard by critics and academics (as well they should be). Why? Because in essence they are real: They reflect the reality of human existence, from our weaknesses (pride and lust and envy) to our strengths (loyalty and determination and bravery). Just like all good literature does, including modern fantasy. It's a shame that most critics are blind to it.

You're right on about the paradox - some of the greatest literature in history is 'fantasy' literature - and yet modern fantasy is all but ignored.

I guess it's our job to change the cultural paradigm.

Yes Eric, it is our job, one blog post at a time.